“This validation by the U.S. Department of Defense and inclusion on their Qualified Products List (QPL) is what we dedicated and strived for over the last several years—this solidifies our efforts for creating disruptive innovations. We are extremely pleased and honored to be the first manufacturer to receive approval for the CARC White Type III powder specification.” — Joseph James, CEO. 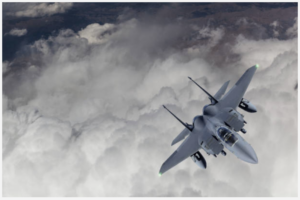 CARC applies to various military vehicles, tanks, personnel carriers, equipment transporters, and other military components and assets. Getting a seal of approval from the DoD on new specs is a challenging, and a lengthy, process to meet U.S. Government scrutiny standards. For a topcoat to be approved, it must be highly chemical resistant, absent of infrared detection and provide excellent durability properties. Before approving the topcoat formulation, each color match has to be approved by the ARL separately.

This new specification for CARC powder coating primers and topcoats was issued by the U.S. ARL with the intent of increasing the military’s use of powder coatings on military vehicles and components. The U.S. ARL certifies powder coating as a finish because of increased alignment with the U.S. Environmental Protection Agency, which is encouraging and transitioning the military to use coatings that are free of volatile organic compounds (VOCs), volatile organic hazardous air pollutants (VOHAPs) and inorganic hazardous air pollutants (HAPs). Pison’s corporate sustainability values and innovative product development vision also falls in-line with this mission to create products that are environmentally friendly and safer for all members of our U.S. Armed Forces.